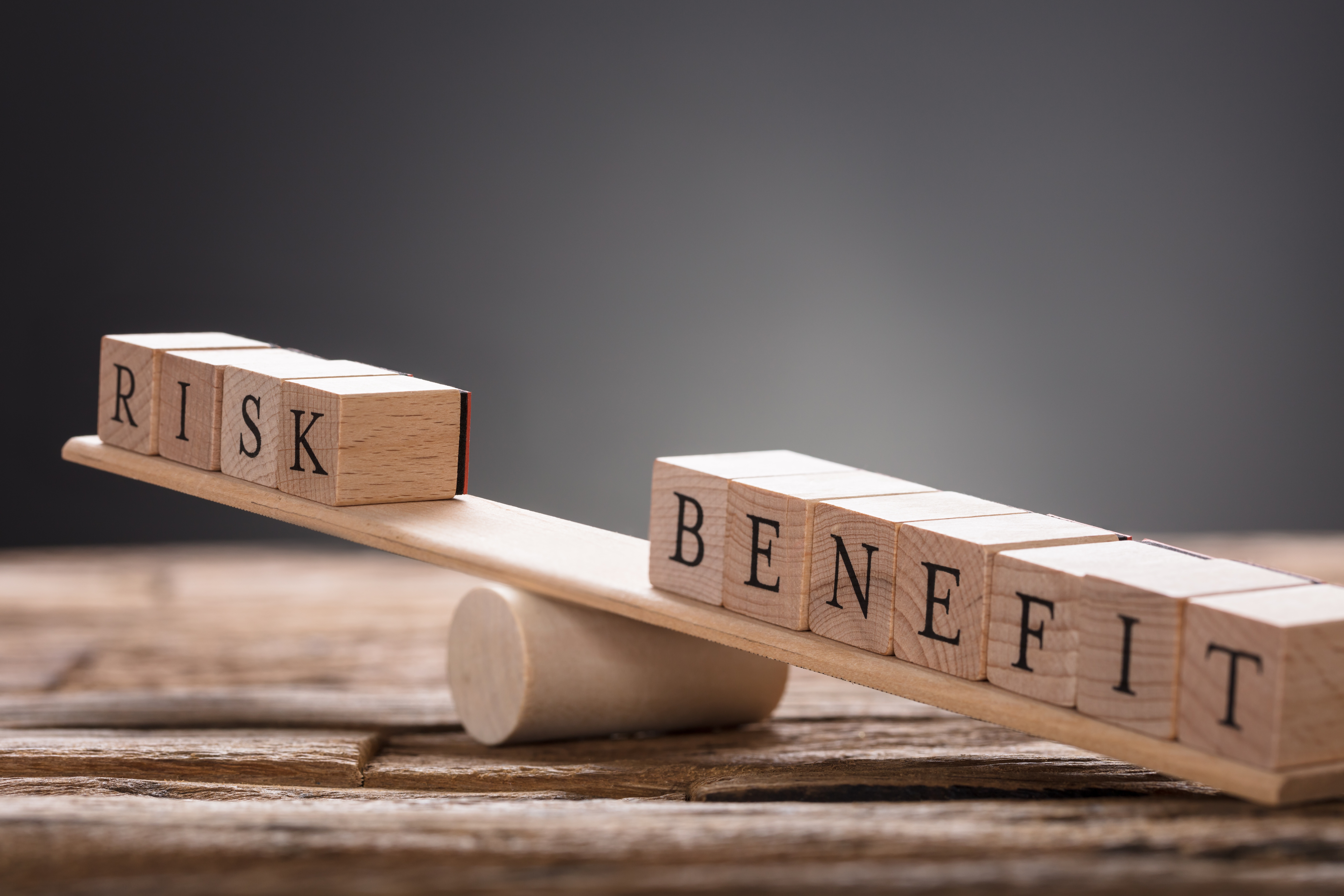 While every investment practitioner knows (or should know) how to derive an efficient frontier under Modern Portfolio Theory (MPT), ask the next investment professional you meet how to select the most appropriate portfolio from the frontier. Chances are they won’t remember. The answer, of course, is to select the one that maximizes expected utility.

What the heck does “maximize expected utility” mean?

Economists in general have a strong preference for a family of utility functions that assume Constant Relative Risk Aversion (CRRA). The idea of CRRA is you feel as much pain from losing half your money as you feel joy from doubling it. 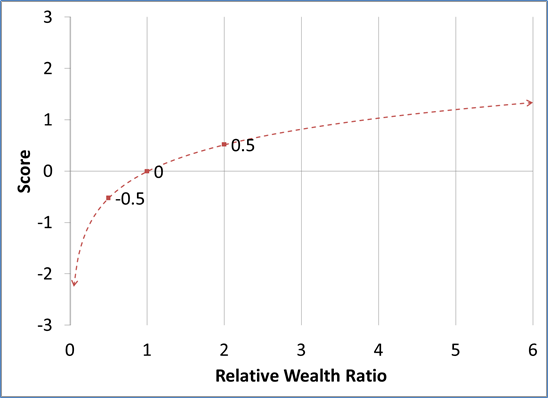 Fig. 1 illustrates a possible CRRA utility function for comparing possible outcomes in terms of relative wealth. The horizontal axis denotes Relative Wealth Ratio (RWR), to allow easy comparison of one outcome to another. The vertical axis depicts the score associated with that RWR.

Economists find CRRA useful not because it describes human behavior, but because it makes it easier for them to solve hard problems (Louis Eeckhoudt 2005).

If you were to select a portfolio from the efficient frontier based on a CRRA function, you would keep rebalancing to that portfolio for the rest of your life. The portfolio you select at age 20 is the same one you hold at 50, at 70, at 90, etc.

In the early days of GuidedChoice, well before behavioral economics and behavioral finance became accepted and validated, we understood that CRRA did not describe how humans behave. We knew that typically, relative to enjoying gains humans are more averse to losing wealth. In his works, Markowitz has frequently distinguished between rational decision makers (RDMs) and human decision makers (HDMs) (Harry M. Markowitz 2014). We needed a utility function for HDMs.

So we came up with a departure from CRRA: the Bi-Constant Relative Risk Aversion (BiCRRA) utility function. BiCRRA feels your pain: it penalizes losses more than it values gains. Fig. 2 illustrates BiCRRA. 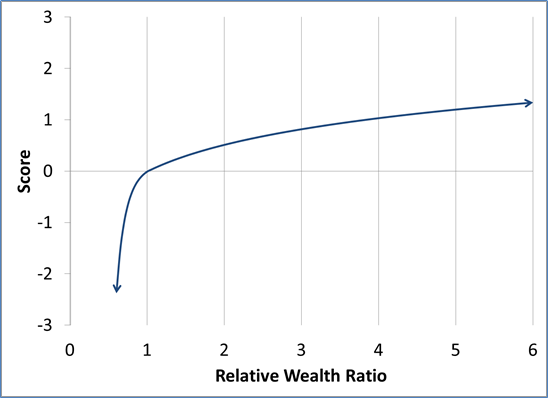 Fig. 2 illustrates a much steeper decline in the score for losses (RWR < 1) than in Fig. 1. That is how loss aversion appears in a utility function. In Fig. 2, you cannot even see the point where you lose half your wealth (RWR = 0.5) because that point has a Score below -3.0.

By applying BiCRRA to the distribution of wealth we expect over different time horizons, we can pinpoint the spot on the efficient frontier that maximizes expected utility for each horizon (Anichini 2018). To learn more about our unique methodology and how applying our methodology can help your participants, please click here.