This may hurt a little 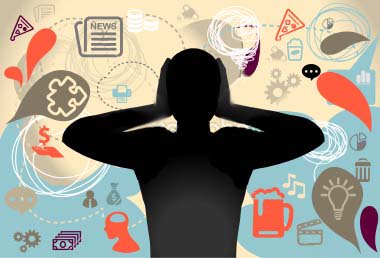 Retirement planning, that’s what. It’s pretty well established that retirement investors who get professional advice do better than those who go it alone. We’ve documented better numbers for both current savings rates and projected future outcomes among our own customers. And numerous studies such as a new one from Natixis Global Asset Management discussed here have found similar results.

It’s also well established that for many people “better” actually means “barely adequate,” if they’re lucky. There’s really no question that most retirement investors need advice. Yet many people who can get help choose not to.

Need it, know it, won’t take it.
The same article reports that almost half of those who have some sort of tools or guidance available don’t choose to use them. And of those with access to true, professional advice, only a quarter have actually used it. Our own data confirm this general trend as well. This, despite evidence that 84% believe their 401(k) to be their most important source of retirement income, 70% think they’d make better decisions with advice, and only 39% are confident that they can invest effectively by themselves.

Sometimes people do reconsider seeking help. Surprisingly, it’s rarely due to a big change in their lives. Another study summarized in the same piece found that the overwhelming majority do so only when they’re getting close to retirement. By then, if it’s not entirely too late, it’s at least past time to gain most of the rewards. This is particularly true when best-practice advice recommends a higher savings rate as the key factor in improving their retirement income – as we find it usually does.

In denial
Why don’t they want help? Some people, categorically, just don’t like taking advice. You probably know someone like that. For the rest, the reasons are more opaque. In an ironic twist on the cliché that people put more effort into choosing a consumer gadget or service than a retirement portfolio, a great deal more research is done on the drivers and barriers involved in the purchase of gadgets than on the adoption of financial planning help.

However, long experience working with at-risk investors suggests some answers. We believe that most are aware, at some level, that they need advice. Some are simply intimidated by the entire topic. Decades of efforts to turn everyday participants into savvy investors may have done more harm than good, introducing them to the terms and concepts just enough to frighten them off.

Calculators, crisis, and costs
Others don’t find the available options very attractive. The idea of a “retirement calculator” sounds unrealistically simplistic, and often is. It’s also even less enticing than the traditional kind of calculator, which these days is a bit of an anachronism. At the other end of the spectrum, true advice probably shares the lingering image problem that taints the rest of the financial industry. It may be tough for some to accept, but the public no longer has much trust in them since the Great Crash.

Cost may also be an issue. The long-simmering debate about fund-management fees suggests that most individual investors don’t really understand what the fees baked into their portfolios can do to their performance. However, a lot of people in the industry seem to think that portfolio management fees do matter. Many believe it strongly enough to stake a crop of startups and initiatives on the expectation of a "price war” in investment advice.

Open wide…
On the whole, retirement investing may be perceived as much more of an unpleasant, expensive chore than we’d like to believe. It’s not unlike a visit to the dentist – an uncomfortable comparison we’ve made in jest before. Yet somehow people manage to drag themselves to the dental chair, and pay for the privilege. What do they gain from the bargain?

Financial advice can never equal that feeling of clean, shiny teeth. The sense of relief and virtue may be enough for some. For the rest, we can definitely offer the avoidance or at least mitigation of some very tangible suffering. Perhaps presenting investment help in a more hard-headed, less relentlessly positive, and ultimately more realistic way would be more effective than what we’re doing now.

This may sound crazy in a world of bright, optimistic ads depicting modestly idyllic retirement lifestyles. But if one approach isn’t working, it’s only reasonable to try another. So tell those carefree couples strolling on the beach that if they don’t get their financial act together, they may wind up sleeping out there too. Permanently. The retirement party’s over, people. It’s time for some tough love.